Have a mandate to discuss or looking for an executive position, please call or email us?

Take a small step, call us

What a strange alternate reality we have all been plunged into. So often have I waffled on to family and colleagues, convincing myself that one day in the future I would eventually find that the work – life balance that we all strive for and low and behold it’s happened for me and I can imagine countless others out there even if it has been somewhat forced upon us.

It took a few weeks to adjust, still craving the commute, the familiarity of my desk in the office, the steaming, striped coffee cup that sits neatly on the coaster every morning by 9am and the usual chatter in the office. But everything has changed, and in-turn so has my mindset and acceptance of this new normality.

A colleague recounted his usual journey into the city, it went very much like this; 6.00am the alarm goes off, don’t even think about breakfast, 6.45am at the station to make sure he can secure a parking space and then catch the 7.00am train into the city, hopefully in a seat. 8.00am it arrives in London, leave the train and join the masses on the journey to what he describes as that subterranean hell-hole that is the London Underground and wait, generally, for the 3rd or 4th tube to come through before he shoe-horned himself into a carriage. Swept along in the surge out of the Tube station at his destination to eventually sit as his desk by around 8.30am, ready to start the working day… what a way to start the day. All to be very much repeated, albeit in reverse, at the end of the day and don’t forget, five times a week.

Now however he bounces out of bed at 6.30am, fresh coffee in hand by 6.40am, ready for his first task of the day by 7.00am, refreshed and ready to take on the world. The working day ending pretty much whenever he wants, time can always me made up elsewhere or over the weekend, it’s his choice. As it is for many of us, a choice.

As a nation we have quickly learned to adapt and surprisingly for the better in many cases. I myself haven’t spent as much quality time with my family… ever. Has my work suffered, quite the contrary. I now value the time I spend on Zoom with my colleagues and clients, engaging in a far more fulfilled manner than ever before. Every moment now counts for something and every call ends with an action or list of tasks to be done. The reliance on technology however has become all more apparent, I’m lucky enough to already be embedded in a tech lead industry but for those that are perhaps a little more technophobic, it’s been a dramatic learning curve to stay in touch with the world and retain a semblance of sanity.

I’ve opened up opportunities that previously I may not have even considered, possible because the people I’m working with, likewise may not have considered working with me in such a remote way. But the key thing that the ‘lockdown’ has clearly illustrated is that we are starting to value individuals themselves for their skillset and core attributes, it’s no longer a focus on ‘where’ they are which has essentially always been a convenience, surely this is the way it should always have been.

What this does do is solidly pave the way for a different way of working and thinking in the future. If you’ve ever dismissed a contract or taking a position or likewise not hired an individual or taken on a client due to their locale then now is the time to re-think this. All those high level individuals who relied on long distance commuting are now essentially stuck at home, and have adapted to suit the environment; are they shirking their responsibilities, are they any less effective, do they afford any less respect…? NO.

Now is the time to embrace the change, embrace the challenge and don’t be afraid to change who you are to meet the needs of the times, they may well be here for a while. Go for the job you’ve always wanted, don’t be restricted by your location. Hire that individual who blew you away but didn’t perhaps tick the ‘easy commuter’ box compared to another person. Hurtle after that contract you’ve wanted, regardless of where it is… well within reason of course, you get the gist of where I’m coming from.

Find that balance in life that lets you enjoy the day not be ruled by it and take control. The majority of businesses will thrive again, yes some will be commercial casualties of the virus, but everyone out there now has a choice, the rule book has been chucked out of the window.

Now is the time to write some new rules or dare we say, perhaps have a few less rules in our lives. CWA 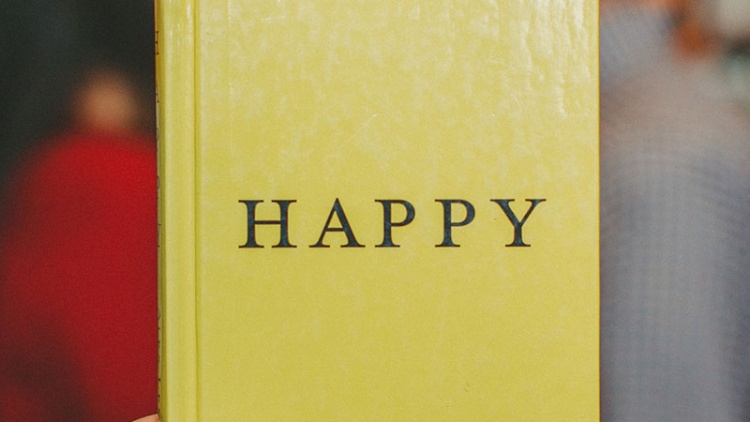 In the pursuit of happiness